Billingsley House Museum is a brick Tidewater Colonial plantation house that sits on 430 acres on Billingsley Point, overlooking the confluence of the Patuxent River and the Western Branch. The house and land were named for Major John Billingsley, the original 1662 land grant owner.

Even though Major Billingsley never lived on the property and there have been 27 title adjustments over its long history, the name "Billingsley" remains. The present house was built around 1740 for the prominent Weems family on or very near the site of an older 1695 house built for Colonel James Hollyday, first Chief Justice of the Prince George's County Court. 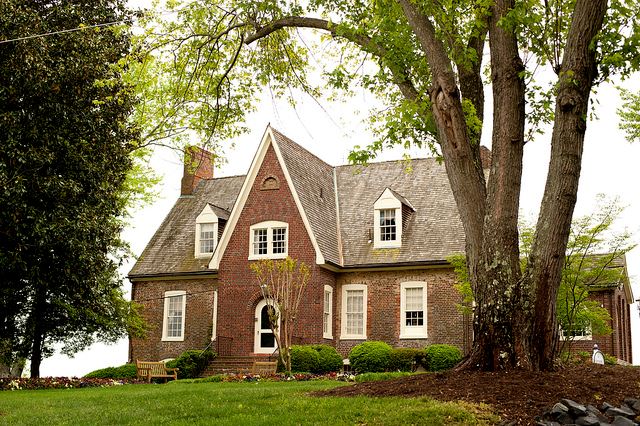 Billingsley has been substantially altered and modernized both in the nineteenth and twentieth centuries, however, it is still one of the oldest structures remaining in Prince George's County. As such, it is of great historical and architectural importance. Billingsley features rooms furnished in period decor ideal for both large and intimate gatherings as well as business meetings.

In 1662, the Billingsley land was patented as "Billingsley Point," and named for Major John Billingsley, the first British owner. Although Major Billingsley never lived on the property and it has changed hands 27 times over its lengthy history, the name "Billingsley" remains.

Major Billingsley received the 1662 original land grant for 700 acres from Lord Baltimore as payment for having transported 14 servants to the New World in 1650. Billingsley never lived on the tract, and he permitted local Indians to camp on the property. In 1674, the Maryland General Assembly proposed that the Indians pay Maj. Billingsley's heirs a yearly rent while they remained on the land.

In 1687 Billingsley's heirs conveyed 500 acres of the land to Col. Thomas Hollyday, who built a home of unknownstructure just southeast of the present dwelling. When Prince George's County was established in 1696, Hollyday, a lawyer, became the first Chief Justice of the County Court at the new County Seat of Charles Town, located just across the Western Branch.

Thomas Hollyday died in 1704 leaving the estate to his son James, who was only seven-years-old at the time. James Hollyday held onto the land until 1740 when his desire to live on the Eastern Shore prompted him to sell the property to Dr. James Weems.

The current Billingsley house was constructed for Dr. Weems around 1740. It is one of the oldest homes in Prince George's County's. Originally, it stood as a one-story brick plantation house of the Tidewater Colonial style, the 20-inch thick brick walls are laid in Flemish bond. Like many private homes of its day, the interior floor plan consisted of a central hall with two rooms on each side. The original interior kitchen fireplace is still evident in basement. Throughout the nineteenth and twentieth centuries, the house was enlarged and modernized.

Four prosperous generations of the Weems family owned the estate during the next 100 years, ending with Mary Weems Mullikin in 1840.

The property passed through a succession of owners until it was sold in 1917 to the Meloy family who maintained the property as a tenant farm until 1941 when son Samuel Meloy and his wife Frances moved into the house. In 1947, they obtained title to the farm and raised a family. Samuel Meloy was a well-known judge in Upper Marlboro.

In order to preserve the natural and historical setting of Billingsley, Samuel and Frances Meloy sold the property to the State of Maryland in 1989. M-NCPPC has a 99-year lease for the property. Currently, it is available as a rental property for special events such as small weddings, receptions, and meetings.

Billingsley House has been substantially altered and modernized in both the nineteenth and twentieth centuries. Billingsley features rooms furnished in period decor and is ideal for small intimate gatherings as well as business meetings. The house, grounds, and tented patio are available for rental. Indoor capacity: 26 seated, 50 mingling. Tented patio: 120 seated.

If you are interested in volunteering your time to give tours of the facility to prospective clients, please call us at 301-627-0730.

Located 9 miles east of the Washington Beltway (I-95) near the intersection of Maryland Route 4 (Pennsylvania Avenue) and U.S. Route 301 South, in a section of Patuxent River Park, southeast of Upper Marlboro.

From the Capital Beltway, take exit 11A (Pennsylvania Avenue, Route 4). Proceed 8 miles and just past Upper Marlboro, exit onto Route 301 South. Pass Giant Food on left and turn left at green and white SHA Garage sign. Follow road past the gate house onto WSSC property. (You must announce your destination at the gate call box.) Follow Billingsley signs to very narrow road over bridge park property. Drive slowly along paved road to only possible right turn at Green Landing Road. Follow road to the house at the end and turn right into parking lot.